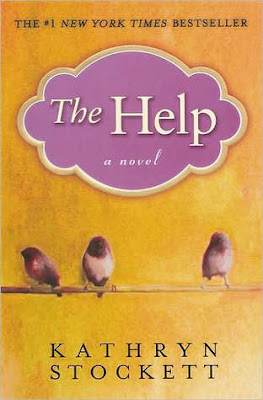 This one is really tricky... I liked it and disliked it all at the same time.

Stockett has the suspense down pat. I had already been spoiled on the "Terrible Awful", but I desperately wanted to know what happened to Constance and what was the deal with Celia Foote.

The dialect was grossly mishandled. I am not opposed to written out accents, but only if it adds a richness to the story (one of my favorite series is All Creatures Great and Small). Unfortunately, this one felt really contrived and I'm not sure WHY the choice was made.
I was able to kind of get past and ignore it after a certain point (Except "Law". It should have been "Lawd", dammit.) until the end. This wouldn't have been bad if the white dialects had been written out as well.

You is good. You is kind. You is important.

The acknowledgements at the end made it even worse. Stockett was raised in a household with a nanny/maid and had been told "You are kind. You are good. You are important."


via GIPHY
I think it is wonderful that this woman touched the author's life in such a way... but why did she change the verb? Why not just write it how she actually said it.

I'm iffy on the end. The book was set during the 1960s Civil Rights Movement in the Deep South of Mississippi. It was NOT a good time (to put it mildly). People were murdered for asking for equal rights. The ending is naive.
But.... I also, really, didn't want anything bad to happen either. 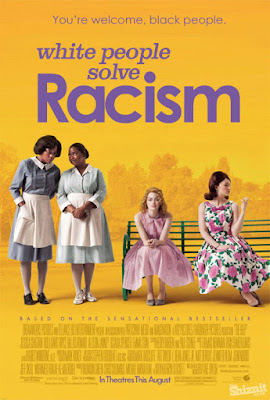 I did enjoy reading it and sped through it quickly, but ...
This edited poster didn't really lie either.

Email ThisBlogThis!Share to TwitterShare to FacebookShare to Pinterest
Labels: 2.5, review